Home / Blog / WinSport's halfpipe a cut above thanks to team effort

WinSport's halfpipe a cut above thanks to team effort 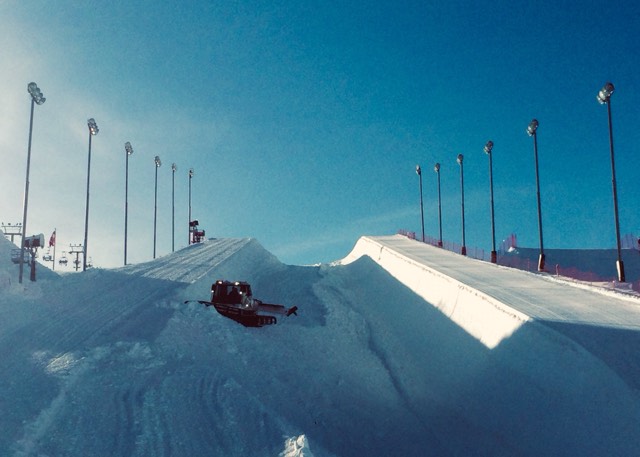 When it comes to the superpipe at Canada Olympic Park, it ticks many of the boxes related to WinSport’s Mission: To provide opportunities for Canadians to discover, develop and excel at sport and physical activity through world-class training, facilities and exceptional experiences.

The halfpipe, considered one of the best in the world, is a key training venue for Canada’s national snowboard and freestyle ski teams. It’s also the site of the recent Snow Rodeo freestyle ski halfpipe World Cup.

A snowboarding slopestyle World Cup was also being held as part of the Snow Rodeo, which took place at the end of December. Unfortunately, due to the COVID-19 pandemic, the Snow Rodeo was held without spectators. (You can read more about the slopestyle course here.)

Two halfpipe World Cups were held, with Calgary’s own Brendan Mackay, who graduated from WinSport’s Academy program and has spent more than his fair share of time riding the COP pipe, winning both.

In the first finals showdown held on Dec. 30, fellow Canadian Simon D'Artois won a bronze, while Rachael Karker was third in the women's event.

On Jan. 1, another homegrown talent, Noah Bowman, captured a bronze, with Karker picking up a silver for her second medal in two Calgary events. 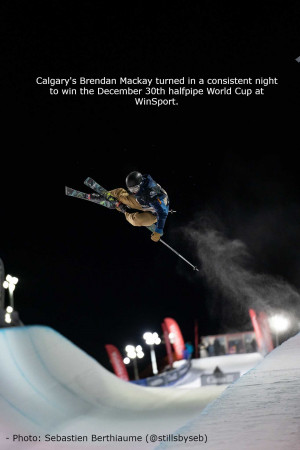 While Mackay is among dozens of athletes to develop their skills at WinSport to become a force on the world stage, Adam Larson has done the same from the front seat of a snowcat. While it’s a team effort to make the halfpipe, it’s a fine art to build the finished product.

Under the tutelage of Frank Wells and Andrew Erath from California-based Snow Park Technologies, Larson has learned plenty of secrets of the trade.

“I started cutting the halfpipe eight years ago, learning from Andrew for two years, and the from Frank for five years,” says Larson. “They have a vast amount of experience, were great mentors and were huge influences on me.”

Larson estimates it takes about 500 hours to complete the halfpipe build, from countless hours of making enough snow; pushing the snow into the pipe; chainsaw work; clearing excess snow with the cat; then using the 22-foot ZAUGG halfpipe machine to cut the shape into the walls. Finally, they shape the floor with a snowcat and till it out.

“I think the biggest challenge we face building the halfpipe at WinSport is the variable Calgary weather,” says Larson. “Mild seasons make it hard to build quickly, and the chinooks cause a lot more work to keep it high quality. The melt and freeze cycles we experience also make the pipe very firm and it takes longer to maintain than usual.”

Mother Nature has certainly been challenging this winter. With the mild weather in November, there was some concern whether enough snow could be made in time for the world’s best to converge on Canada Olympic Park.

Thankfully, the mercury dropped enough to get the snow guns blasting and get the pipe built.

“So many people are involved making the pipe great at WinSport and we have a passionate team that keeps it alive,” says Larson. “I always have fun building and maintaining the pipe and hope it continues to thrive."