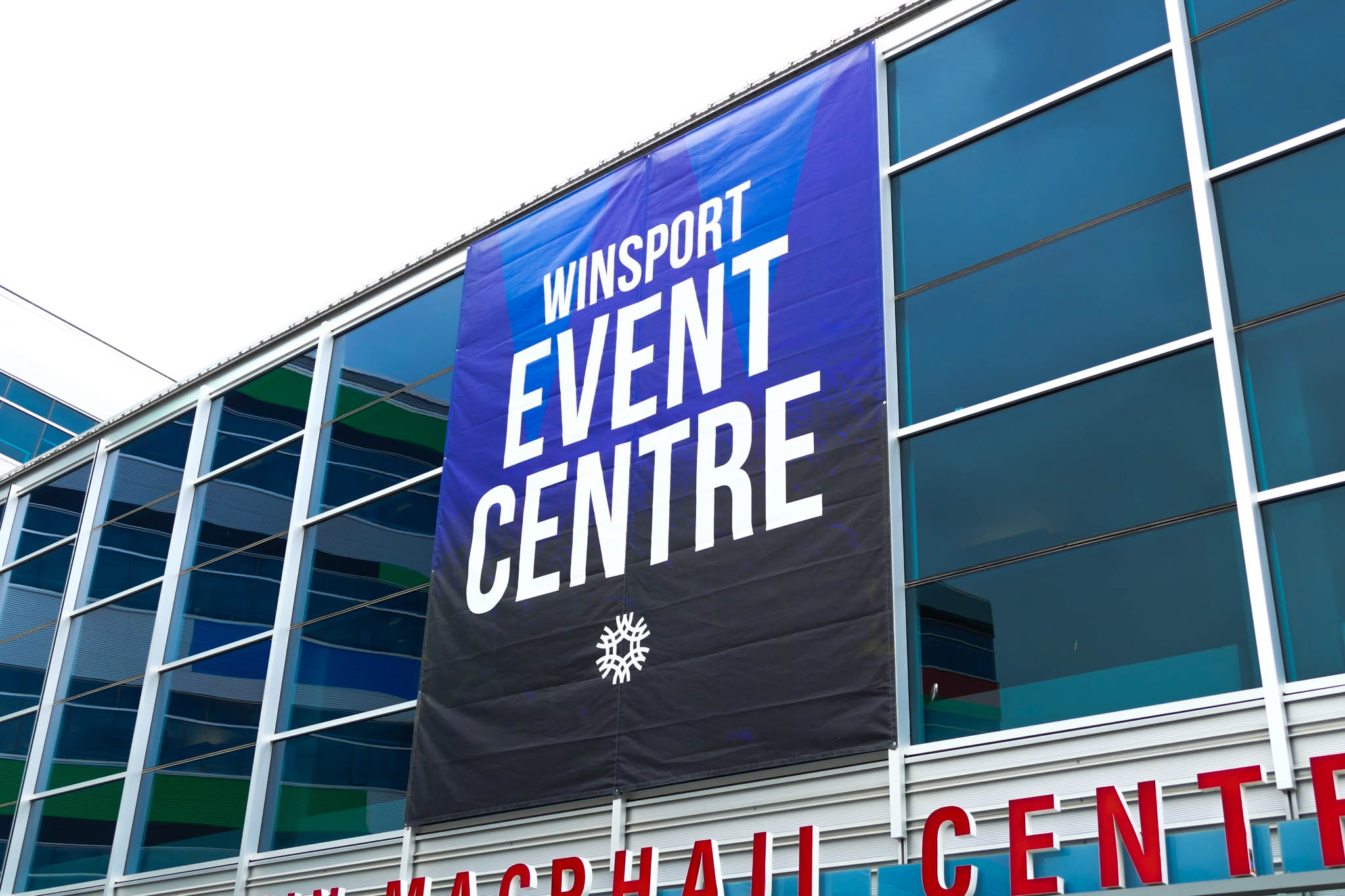 The WinSport Event Centre has long been a place for all sorts of events and activities to place. A jack of all trades, so to speak.

From lessons and programs year-round to conferences and special events, the Event Centre has been a hub for anything and everything since its inception in 2014.

From hosting the Alice Cooper concert in April, welcoming Canada's Drag Race in August, and holding the 2022 YONEX Canada Open at the end of September, there truly isn't just one type of event that can be classified in the portfolio of what the Event Centre has to offer.

Then, in big news for not only WinSport, but Calgary as a whole, the American Hockey League announced the Stockton Heat would be relocating to Calgary and would become the Calgary Wranglers.

This was great for Calgary, as Flames fans could now watch players in the NHL team's farm system develop right in their own backyard.

Not long after the announcement, the Wranglers declared the WinSport Event Centre as the practice home for the team, now giving Calgarians the ability to go and watch the team practice up close and personal.

WinSport is excited to announce it has been named the main practice home for the Calgary Wranglers!

Then, the dominos continued to fall.

As WinSport prepared to welcome the Wranglers, the Canadian Elite Basketball League had another incredibly exciting announcement. Not only was the league relocating a team from Guelph, Ontario to our city, but that new team would call the WinSport Event Centre home.

NEWS: Guelph Nighthawks will relocate to Calgary, Alberta starting with the 2023 season. The franchise, which will play at @WinSportCanada, will be rebranded with a new nickname, logo, and colours to be publicly unveiled this fall.

Calgary has a large basketball following that sometimes can't be seen with the lack of professional teams located in the city. With a new CEBL team, fans will now get the chance to show their fandom for a team that is local and they can truly feel tied to.

On Oct. 19, the CEBL started off with a bang, holding a press conference at the Event Centre that saw dozens of people completely pack the Paskapoo Room within the facility as team President Jason Ribeiro and Chairman Usman Tahir Jutt, presented the new team name and logo.

Thank you to everyone who made today's team reveal and introduction so special! #LetsBall pic.twitter.com/drLFJD6KwU

All-in-all, WinSport's Event Centre has seen phenomenal growth over the last several years, with exceptional growth being seen in just the last few months -- and it's only getting better.

This weekend, the Event Centre will welcome a massive event in the Pan Continental Curling Championships where teams from across the globe will come to WinSport to take on Canada's Team Brad Gushue and Team Kerri Einarson!

Come cheer Team Canada on in person! Oct 31st - Nov 6th at @WinSportCanada in Calgary, AB. Tickets start at $15.75 Or, use the code HURRY to get 20% off full event packages ⬇️ Go 🇨🇦 Go!https://t.co/HAYJm4pPJv pic.twitter.com/umE32Mogxd

If you want to see what the WinSport Event Centre has to offer, grab your tickets today!