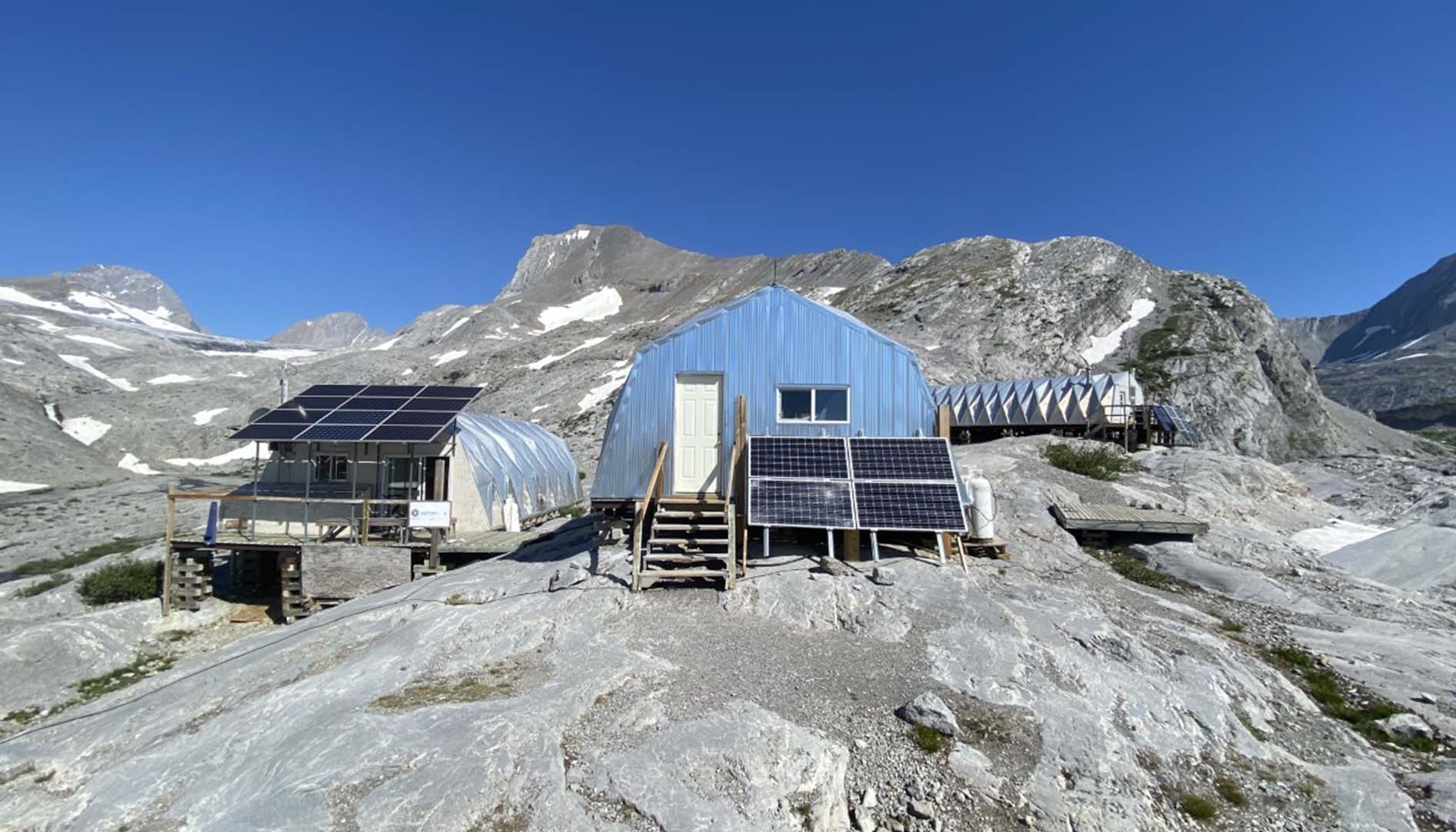 What is the Haig Glacier?

Before just a few days ago, I would have thought it was a trail somewhere deep in the mountains that provided a nice view of some big blue lake, but that's about it.

Now, after getting to experience just what goes on there, I can say I would have been quite far off in my guess.

Flying south from Canmore, it takes about 15 minutes to get from the helipad in the popular mountain town, up to the Beckie Scott Training Centre on the Haig Glacier. It's a view that many will never get to experience in their entire lives, and I'm grateful I got my chance to experience it.

As you fly over the Three Sisters and weave your way through the various other mountain ranges, you'll slowly start to make out where your landing spot will be, high atop the Rockies.

Despite it being 27C, there is still plenty of snow that could be seen on various mountains on our flight. But none more than that of our final destination, the Haig Glacier.

Had I been dropped right on the Glacier, I wouldn't be able to tell you if it was mid-December or late July by the sheer amount of snow still on the mountain.

We arrived at the camp and got dropped off by the helicopter and the calmness of the area could be felt immediately. Once the noise of the chopper faded into the distance, it was just .. quiet.

Sitting on top of a mountain range with nothing but the sound of a river coming down from the glacier, it became apparent to me why Olympians and Olympic hopefuls would choose to spend time up there. 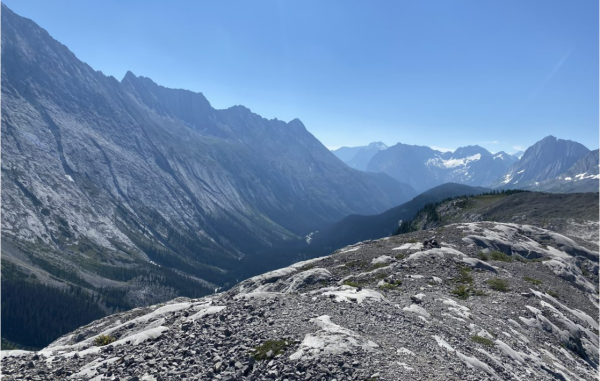 After coming down from the helipad, we took a look at some of the accommodations for the athletes. This included two housing areas and a kitchen/hang-out area.

As described by Mike Norton, WinSport's Canmore operations manager, the sleeping area "isn't the Hilton by any means" but it gives everyone a place to sleep amidst their week-long training trip.

The kitchen, upon first entry, was small, but boy is that deceiving. I've never seen so much food packed into two fridges and a freezer.

And that's needed. The groups that will come to Haig need to eat and need to eat well. And the team does a phenomenal job of making sure that is possible.

All the food is brought in by helicopter, and the crew will do a quick handoff of other goods before it flies off.

Once that delivery is complete, the packing begins.

The WinSport Team Members who stay atop the Haig Glacier for weeks at a time will begin unloading all the food and packing it away for when the next group arrives.

And as mentioned before, there is no shortage of food to put away. 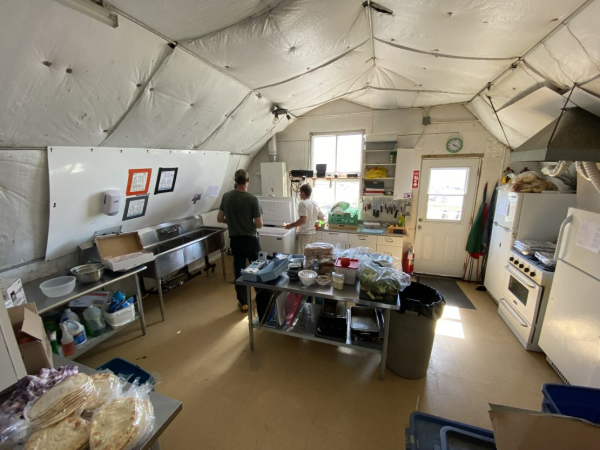 The workers who stay at the glacier site are jacks of all trades, so to speak. They will maintain the site and make sure it's ready to go for when groups arrive, they are in charge of the safety of the site and making sure those who find themselves training there aren't doing anything dangerous. They will also prep meals for the athletes.

They work on a two weeks on, one-week off schedule. So there is also not a lack of time spent on the mountain!

Skiiers will arrive at the site in groups of up to 25 people at a time.

The athletes will be dropped off at the Upper Kananaskis Lake parking lot and will hike roughly 18 kilometers to reach the training site.

Thanks to the WinSport Team Members staying at the site, all the snow at Haig Glacier will be groomed and ready for them when they arrive.

From the site, the training area atop the glacier is a 45-minute hike up the mountain. In this area, athletes will be given the opportunity to train for cross-country skiing and biathlons, even when it's nearly 30 degrees out.

The track that will be used is around five kilometres long, giving ample space for training. 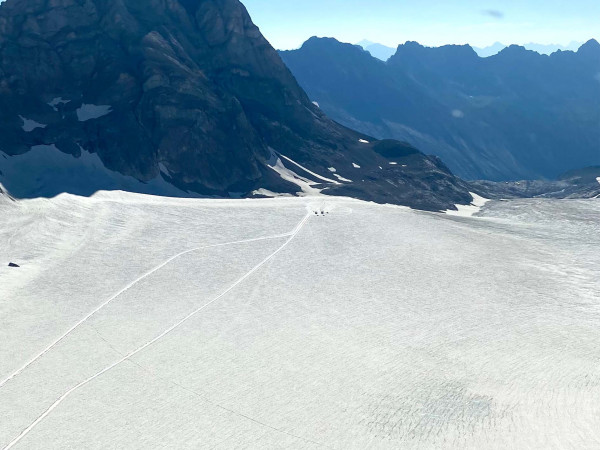 "The more senior athletes will take advantage of the altitude to get that hematocrit and the iron levels in their blood," explained Mike Norton. "That prepares them for more intense training and competition in the fall."

After around 3-4 hours of skiing, the athletes will head back down the hill and take the evening to relax. This could involve watching some movies or playing some board games that are kept at the site.

There is also a stream running adjacent to the site where you could dip your legs in and get rid of any lactic acid buildup from the long day of training.

"This truly is a one-of-a-kind training facility in the world."

Norton noted just how successful the training area has been in getting the job done, with Olympians like Beckie Scott, Sara Renner, Devon Kershaw, and Alex Harvey all having spent many, many days at Haig Glacier.

Needless to say, had I not gone up to the Haig Glacier, I would have been clueless as to the true hard work that goes into keeping this site running day-in and day-out.

It's not for the faint of heart, especially those who don't do well in secluded areas. But, all-in-all the team that maintains the site deserves huge applause for how well they have done.

I may have been impressed with all the hard work they do each day, but that doesn't match how impressed I was with their ability to play disc golf... on the side of a mountain. 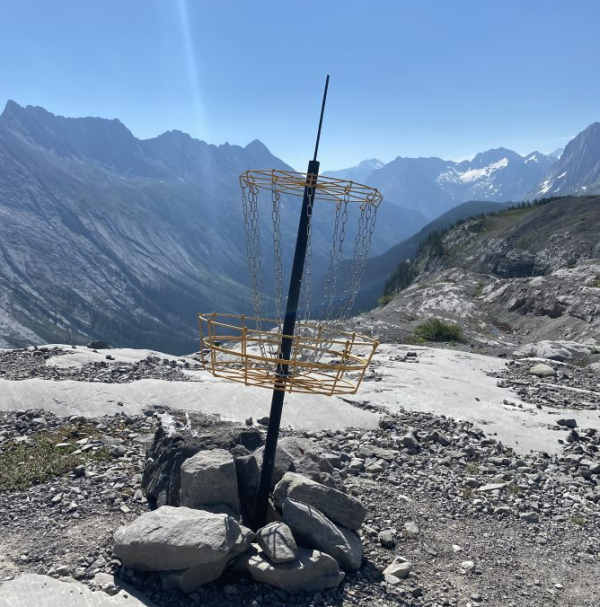 The crew also says they consistently have tourists who make their way up the mountain as well, so if you happen to be in the area, say hi!

For now, we've got to head back down the mountain and back into Canmore. But the views and the trip were truly unforgettable and deserve recognition. 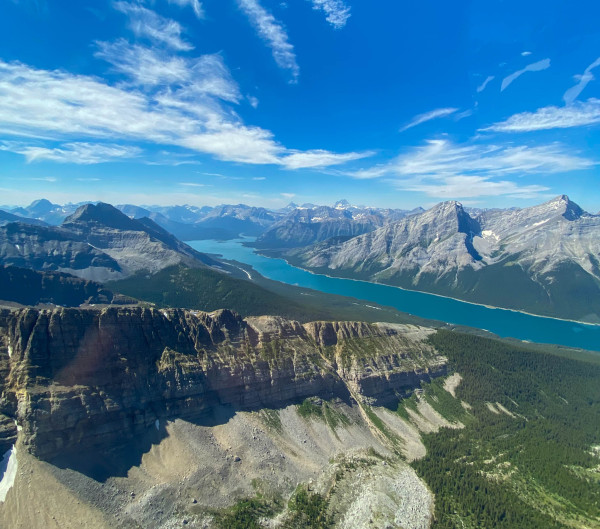