Freestyle training at WinSport and preparing athletes for the Winter season 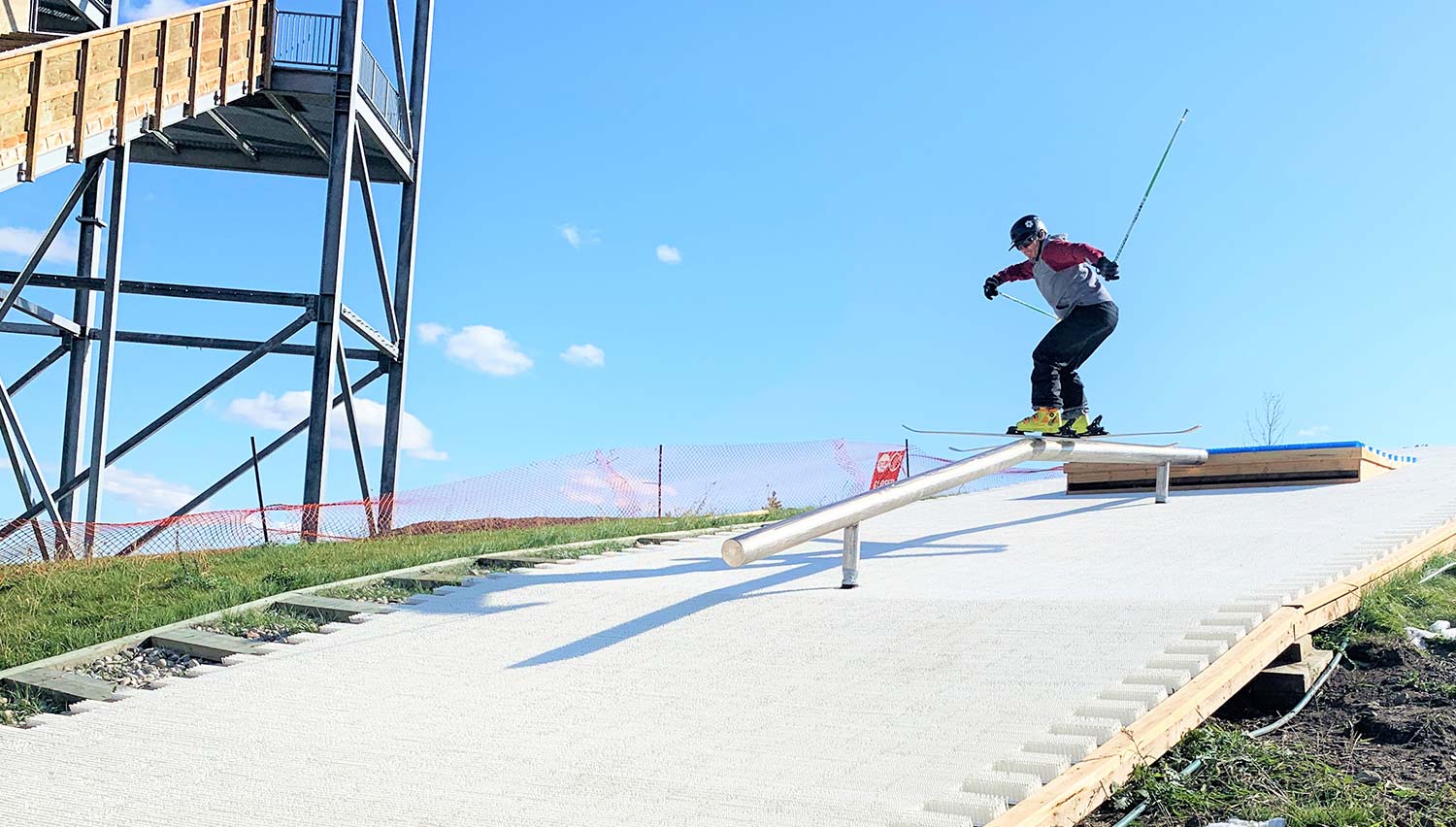 Winter has come and gone, and as skiers and snowboarders think about packing away their gear for the summer, they may be wondering just how they can get in some training in the offseason.

For those who have made the jump from amateur to experienced on the hill, there may be a desire to try and improve your skills before next winter – and that’s where WinSport’s Freestyle Training Facility comes in.

Nestled over on the east side of the campus is a world class dryslope training area with an airbag, rails, ramps, and more to help athletes polish their skills before hitting the hill when the snow falls again.

Outside of all the phenomenal features of the freestyle area, why is the facility so highly regarded by those who use it? Proximity and ease of access.

Instead of needing to leave Calgary to practice, athletes and their clubs can head to WinSport and have everything they need to train within a few metres of one another.

“It makes it pretty unique in the sense that athletes don’t really have a ton of travel time in between venues,” said Johann Kuschke, the program lead for clubs and mountain bike at WinSport. “You can basically practice a skill on super tramp and then take it directly on to airbag right after.

“You can just have that exposure to whatever you need based on your training needs.”

The facility helps complement WinSport’s Snow School Program which touches on the freestyle element of skiing and snowboarding (hitting jumps, rails, boxes) and targets those who want to take their game to the next level.

“It targets those who are basically moving from a recreational (team) to a competitive team,” said Chris Lane, the manager of sport partners and outdoor programs at WinSport.

From 8 years of age and older, the facility sees a large variety of age groups come through to train,

One of the biggest things that separate WinSport’s Freestyle Facility from others is the dry slope surfacing.

“With our surfacing, it’s kind of like a q-tip design, so rather than just a needle, it’s got a little ball at the top, a staggered design, it allows skis and edges to actually hold a bit of grip and it replicates the feeling of snow or spring riding,” said Kuschke. 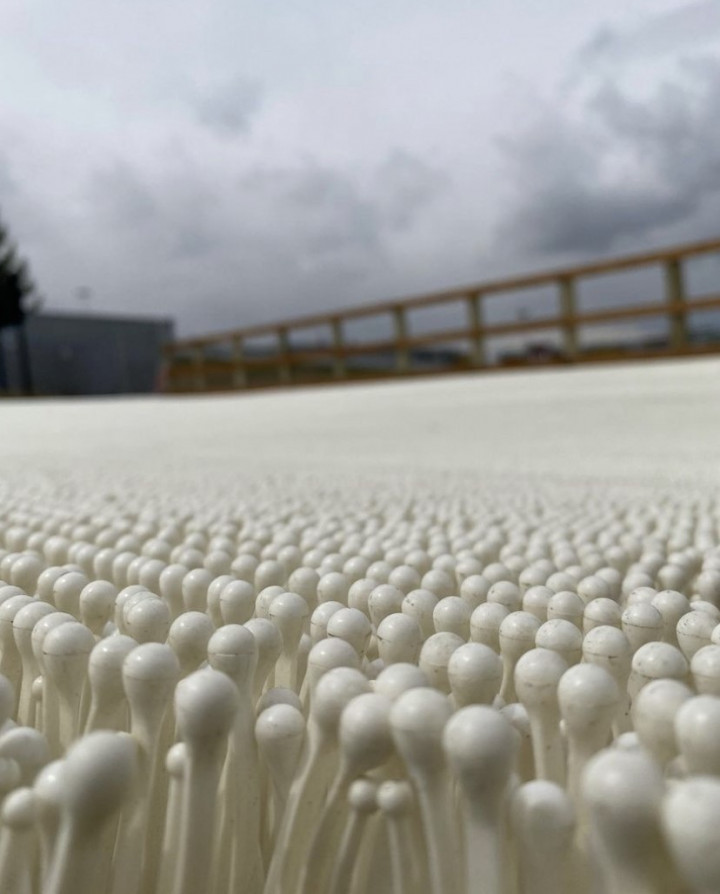 WinSport's Freestyle Facility uses a Q-tip style surface to replicate that of a winter/snow surface to enhance training and make mistakes more forgiving.

The best part for people learning new tricks is the surfacing doesn’t hurt to fall on.

As opposed to other freestyle surfaces, the q-tip design allows for athletes to make those mistakes and not be punished for them with scratches and scrapes.

Some more improvements made to the track last season include the air bag ramp being widened to accommodate snowboarders and skiers to help them feel more comfortable when training.

New this year will be a custom, 20-foot stainless steel rail – one that brings the facility to an even higher level.

“We’re setting up the most ideal, summer training rail park in the world,” said Chip Milner, a program coach at WinSport.

Milner says the ability to progress at the training facility is unlike any other. With athletes being able to start small before moving on to the most advanced maneuvers, and being able to do so with confidence.

With the addition of the new “lube tube” stainless steel rail, those skills can be honed even more as athletes train in situations that mirror winter conditions.

“Stainless steel is very similar to what it feels likes in the winter,” said Milner. “You can’t simulate minus 10 degree steel in the summer. Stainless steel is the closest thing that you can get because it’s slick, it doesn’t rust, and it makes you feel like you’re on a steel rail in the middle of winter.”

Having coached athletes at WinSport for more than 25 years, Milner says the skills and training done at the freestyle facility fully translate to what’s done on the hill when winter rolls around. And just this last year, Milner says with the group he coached, those results showed. 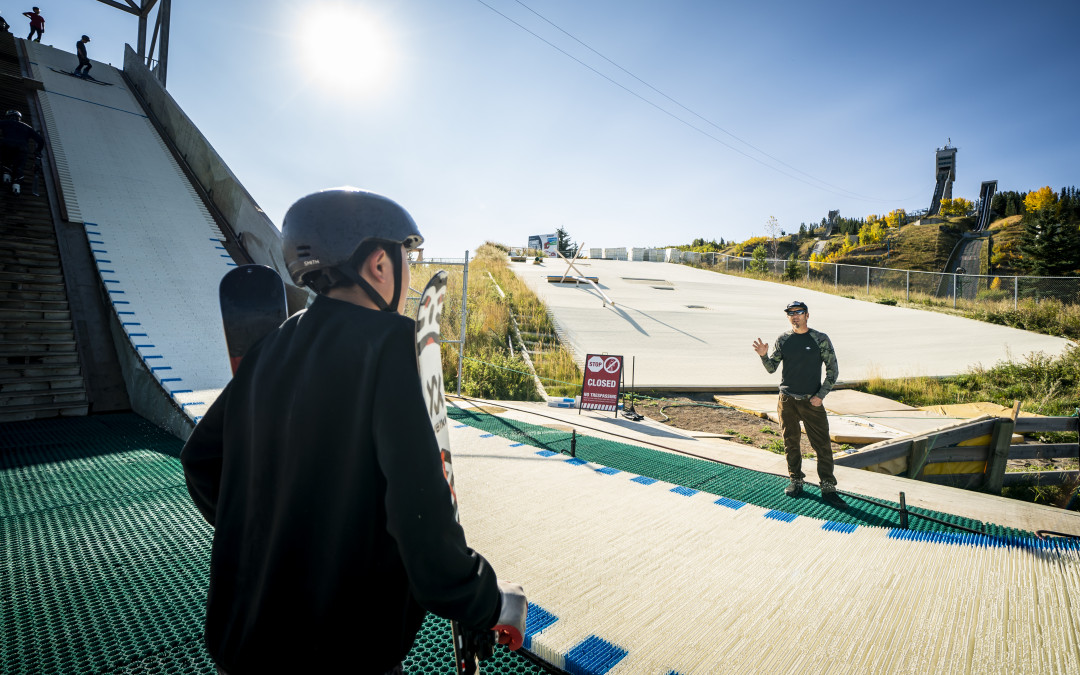 “We came in as a real entry-level professional team this year, we ended up sending five kids to junior nationals for skiing and snowboarding, all from our little club-based 16 and under athletes.”

Milner says other programs and athletes are starting to pick up on the fact that they can find a high-level facility and coaching within city limits, and their heads are turning to WinSport for training this summer. If you’re interested in using WinSport’s Freestyle facility, check out our clubs and programming online or contact [email protected] for more information on private lessons and boosting your skills to the next level.