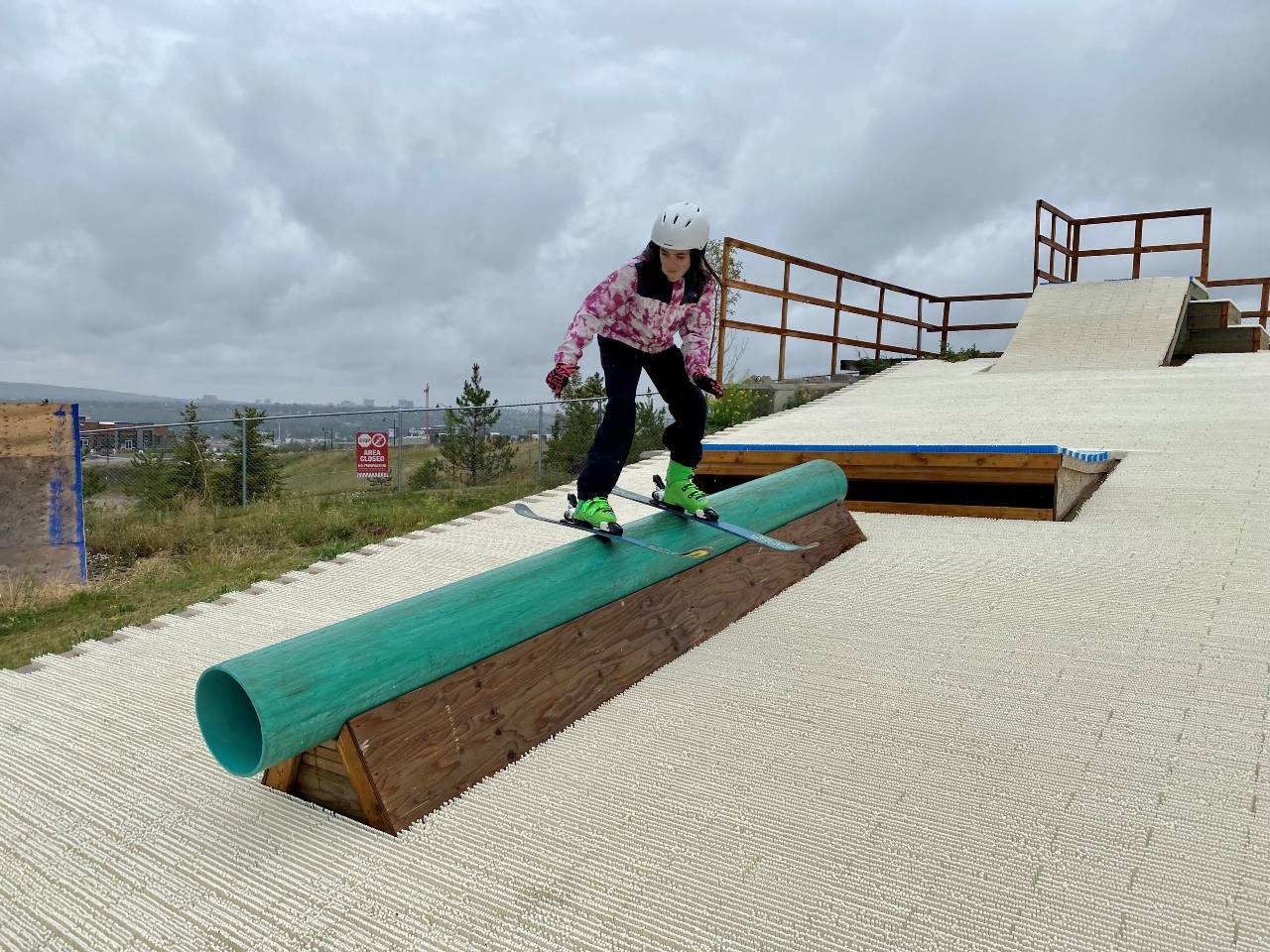 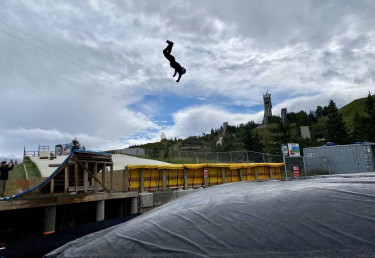 The project and new facility have the potential to positively impact all three components of WinSport’s mission: Discover (community focus), Develop (athlete development), Excel (high-performance athletes). The team conducted extensive research and development all around the world, fostered partnerships and built relationships in understanding the impact a facility of this nature could have on sport and the community at large.

In addition to the positive community benefits, the project also saved some parents, athletes and coaches the cost of training overseas in the summer, making Calgary a destination for freestyle ski and snowboard athletes around the world.

Phase 1 of the project included the dry slope and rail lines design and build, which are unique in Western Canada. It was completed in the fall of 2019, but the snow began to fly shortly after. Before a potential opening in spring of 2020, the COVID-19 pandemic prevented any further progress and usage, taking us to Spring, 2021. As soon as the weather permitted, the team quickly worked to finish site preparations, which resulted in our grand opening on July 12, 2021.

This summer, WinSport welcomed multiple users and athletes from the community at large to experience the power of sport, including more than 50 ski and snowboard athletes who trained as part of WinSport Progression Park camps. This total does not include the 110 club athletes and coaches that trained and benefited from the Progression Park facility with bookings confirmed until the end of October. NextGen team athletes also used the facility to train in advance of the upcoming winter season.

Operational highlights include countless positive comments from athletes and parents involved in the program. As the summer progressed, we saw retention trends emerge with athletes returning for multiple weeks of camp.

The installation of the super trampoline proved to be a valuable addition. The proximity of the super tramp to the airbag and rail park makes the venue one of a kind, as athletes can cycle through different venues, tailoring their training based on their needs. We heard countless coaches comment on the importance to have athletes keep the skill and focus fresh in their minds. The training facility also provides a staging table for athletes to take a break, wax their gear before training, and prepare for their next training experience.

While considered a summer training facility, it can be used for from spring until the first snowfall. The mellow terrain provides optimal conditions for working on skiing and snowboard skills on the flats, while the jump can be used for moguls and even halfpipe-specific skills.

While this first season has been a tremendous success, the full potential of the Summer Progression Park has yet to be realized due to the pandemic. We look forward to the long-term future of the Park, where we are committed to welcoming all children and youth, including those from marginalized communities, to discover downhill sports during the warm summer months and using the facility as a staple for our award-winning summer camps, in which more than 6,000 youth attend every year.